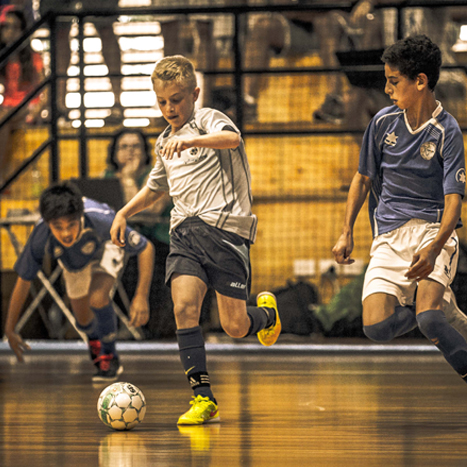 Sydney Futsal Club commenced in the Football NSW State League in the 2011/12 season based at the Marrickville PCYC. Through this time, the Club has enjoyed a number of rewards and successes, culminating with the grand final appearance of the 12 Boys team in the latest 2014/15 season & winning the 2015/16 FootbalNSW State League Club Championship.

Whilst winning on the field is important, equally, the Club has always fostered the atmosphere of an inclusive and family friendly organization. Many players and officials have been with the Club since the initial season and this is a testament to the culture of the Club.

Football NSW Futsal Premier League 2 competition is a representative commitment and the Club acknowledges this commitment with an inclusive registration fee that provides all club polo, game day and training gear for player use during the season. Training one night per week is also provided and we seek commitment from all players to be available for this training.

The Club is run by a Board elected by the members and any help from players and parents is always welcomed, whether it be on a board level or game day duties. The current board members for the 2017/18 season are:

Home games will be played at National Centre of Indigenous Excellence (NCIE). Training will be held at Endeavor Sports High School at Caringbah.